History of our Hotel

The AKZENT Hotel FRANZISKANER was built in 1863 as a catering establishment for the pilgrims and visitors of Dettelbach’s pilgrimage church “Maria in Arena” (Maria im Sand).

At that time this restaurant was called “Zur schönen Aussicht” (To the beautiful view) as from the beer garden one had a magnificent view into the Main valley and to the Steigerwald. At that time there were no hotel rooms. The main customers were pilgrims and visitors to church services, and some Franciscan friars from the Franciscan monastery next door.

In 1970 the inn “Zur schönen Aussicht” had to be closed. In 1983 the old dilapidated inn was bought by our family member Oskar Dauenhauer. The Dauenhauer family had been running the well-known Café Kehl with its pastry shop and the Hotel am Bach in the historic old town of Dettelbach since 1686. The Café Kehl is one of the oldest pastry shops in Franconia.

It was first documented in 1686 as gingerbread making and wax-pulling shop and has been family-owned since then. The old inn “Zur schönen Aussicht” was completely renovated, extended and reopened as Hotel FRANZISKANER in 1985. A special highlight was once again the “Romantic Wine and Beer Garden”, 14 hotel rooms were installed, a spacious hotel foyer was built and the old barrel vault wine cellar was turned into a romantic cellar restaurant (Nikolaus Lemmer Keller). The new “Julius Echter Stube” now offered space for up to 140 pilgrims. 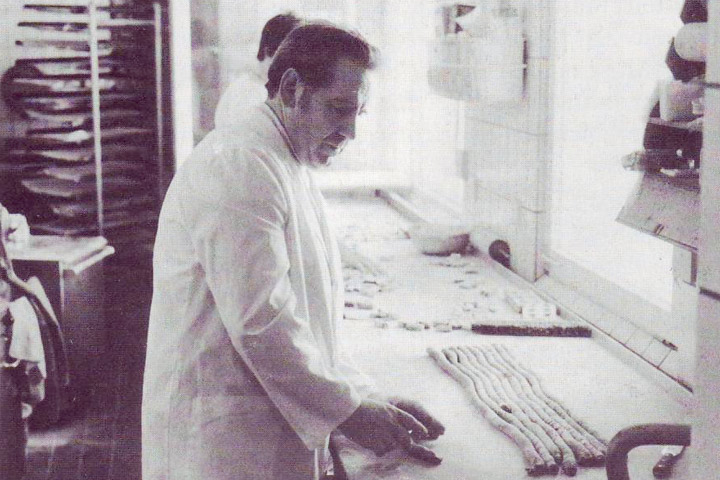 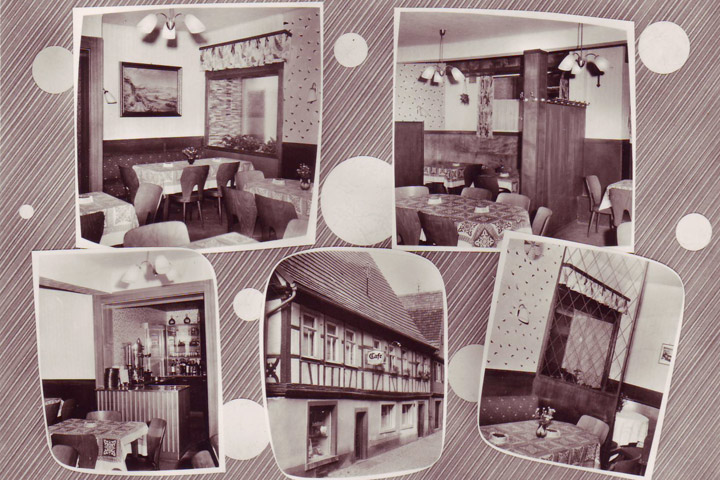 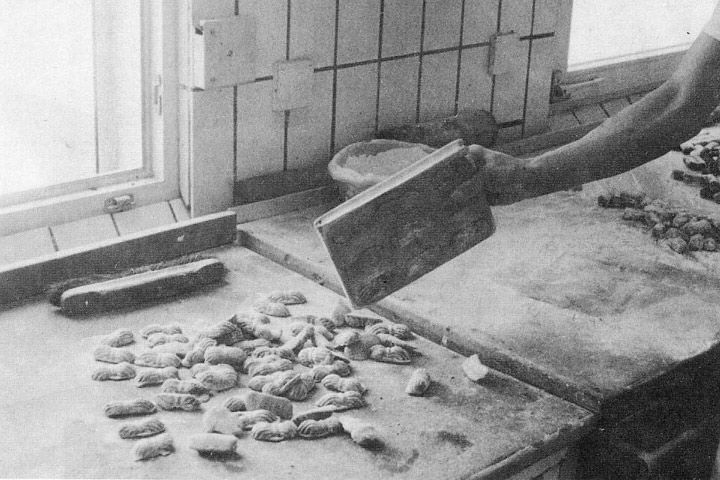 A shop selling confectionery and souvenirs for pilgrims and visitors to the church was also built in. Especially the famous Dettelbach pilgrim’s pastry, the Muskatzine, is sold here to the pilgrims. The main customers were again the pilgrims and the visitors of the church.

In family ownership since: 1983